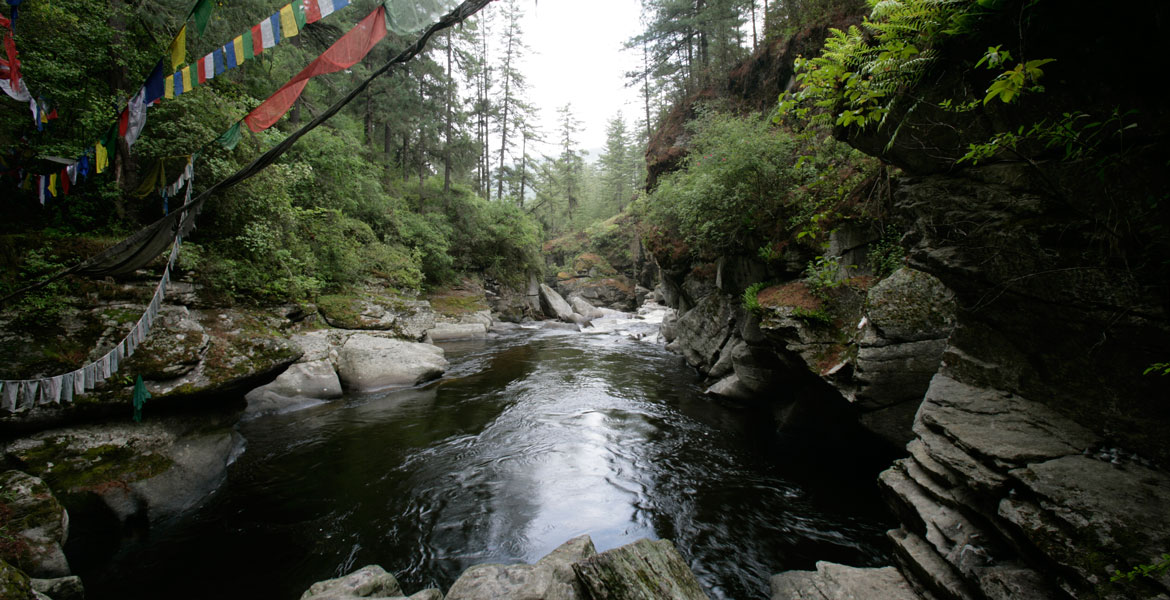 Terton according to the Buddhist mythology are prophesied incarnated beings whose calling is to discover treasure hidden by their great master Guru Rinpoche. Terton Pema Lingpa had such a vision. In his vision, it was revealed to him that there was a treasure hidden in the lake waiting to be discovered. The local community however was cynical. Before the gathered crowd, Pema Lingpa jumped into the lake holding a lit butter lamp. He is said to have resurfaced from the lake with the treasure and the lamp still lit. Thus the lake came to be known as the Mebar Tsho which translates to the burning lake.